[Adapted from a version originally published in 2010] 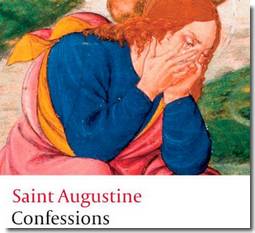 When, not very many years ago, I first read the great work, Confessions, by Augustine of Hippo (354 – 430), I recall being a little inwardly nonplussed at the fact that while reading it I was persistently put in mind of Bob Dylan. It often seemed as if Augustine were subtly echoing Dylan, or as if the lines in Confessions were ever-so-close to flowing right into one of his songs. I thought: Is this what it’s come to? Am I so deranged now, on account of listening so much to this old warbler from Hibbing, that I can’t even read a great piece of literature, completely unrelated to him, without his songs flitting in and out of my head?

And unquestionably I am so deranged, but, with hindsight, it’s perhaps not so hard to understand why my mind was making the kinds of connections it was. The primary reason is what you might reductively characterize as a stylistic feature that is shared by Augustine and Dylan; that is, that they both interweave biblical quotations and references into their writings in a nearly seamless way. Augustine, in Confessions, will regularly begin a thought of his own in his own words, yet continue it or finish it with a line or phrase from the Psalms, or some other book of the Bible. He doesn’t stop and say, “As the Bible says, blah, blah ….” He just slips the words in, much as Dylan slips in phrases or paraphrases of the Bible so commonly in his songs.

In addition to this, the themes of Confessions include both the sinfulness that is a facet of human nature and the writer’s great hunger for closeness to God—themes which I’d suggest can be found by the attentive listener in much of Bob Dylan’s work too. And Confessions is written in a voice actually addressing God; the you that he is talking to is you, my God.

The above lines could hardly be clearer in terms of Who is being addressed, but there are so many far less obvious instances where the real depth of a Dylan song might best be plumbed when the you is heard as you, my God. That theme has been dealt with in this space before, and by other writers too. 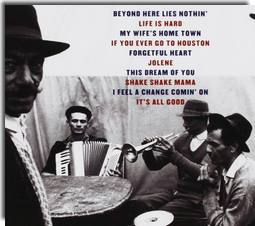 So, generalities aside, it so happened that last week I was listening anew to the song “It’s All Good” from Dylan’s album Together Through Life, put in mind of it again by a good article in Obit magazine. Now, I know I’m far from being the only one to reflect on the idea that the title and refrain can be heard as a kind of profane echo of Genesis. It brings to mind that phrase which is repeated over and over again in the profoundly beautiful first chapter of that book, capped by verse 31: “And God saw everything that he had made, and behold, it was very good.”

It seems to me that you either hear that being echoed somehow in this song, or else you must conclude that there’s nothing going on in the song other than sarcasm; i.e., Dylan’s simply listing a lot of horrible things and sarcastically repeating the contemporary glib-ism, “It’s all good.” The problem with that is that Dylan is not inclined towards simplistic sarcasm in his songs (try naming another song that’s purely sarcastic). He’s better than that. Layered ironies, to be sure; simple sarcasm, not so much. Add to the equation the established fact that the Bible is never very far from Dylan’s lyrics, and the echo of Genesis becomes more and more likely. We already have the biblical and prophetic-styled mention of widows and orphans in the song.

Is the song therefore saying that all of the troubles and suffering covered in the lyrics are in fact good, because, after all, it’s all God’s and so it’s all good? I don’t think that’s the case, but rather I think that the song is, like so many great Dylan songs, posing a question which the listener can reflect almost endlessly upon. It’s something like this: When God created everything, it was all good. In some sense therefore, it still is fundamentally all good. But why then are things seemingly so broken down? What is the reason for all of the misery, and all of the crime? Posing questions in a listener’s head creates a richer and more enduring song than what you’d have if the song were simply delivering a black and white statement. (And then, some questions can be said to be answered by asking them.)

And on the same day last week when I was listening again to this song, I happened to be reading something where the writer in question referred to the fact that a maxim of Augustine’s is the following: “What is, is good.” Or, put loosely another way, “It’s all good.” It’s not a concept unique to Augustine, but it is one he develops in his own way. And he develops it, in fact, in Confessions.

There are various complete texts available online, but I’ll quote from the modern Henry Chadwick translation which I own (in the embarrassingly anachronistic form of a paperback book).

The basic idea is in the first paragraph below, but the next two develop it in important ways so I’m including them as well. So, from (Saint) Augustine’s Confessions, starting at Book 7, part XII, with Augustine, as previously mentioned, addressing his reflections to his God:

It was obvious to me that things which are liable to corruption are good. If they were the supreme goods, or if they were not good at all, they could not be corrupted. For if they were supreme goods, they would be incorruptible. If there were no good in them, there would be nothing capable of being corrupted. Corruption does harm and unless it diminishes the good, no harm would be done. Therefore either corruption does not harm, which cannot be the case, or (which is wholly certain) all things that are corrupted suffer privation of some good. If they were to be deprived of all good, they would not exist at all. If they were to exist and to be immune from corruption, they would be superior because they would be permanently incorruptible. What could be more absurd than to say that by losing all good, things are made better? So then, if they are deprived of all good, they will be nothing at all. Therefore as long as they exist, they are good. Accordingly, whatever things exist are good, and the evil into his origins I was inquiring is not a substance, for if it were a substance, it would be good. Either it would be an incorruptible substance, a great good indeed, or a corruptible substance, which could be corrupted only if it were good. Hence I saw and it was made clear to me that you made all things good, and there are absolutely no substances which you did not make. As you did not make all things equal, all things are good in the sense that taken individually they are good, and all things taken together are very good. For our God has made ‘all things very good’ (Gen. 1:31).

For you evil does not exist at all, and not only for you but for your created universe, because there is nothing outside it which could break in and destroy the order which you have imposed upon it. But in the parts of the universe, there are certain elements which are thought evil because of a conflict of interest. These elements are congruous with other elements and as such are good, and are also good in themselves. All these elements which have some mutual conflict of interest are congruous with the inferior part of the universe which we call earth. Its heaven is cloudy and windy, which is fitting for it.

It is far from my mind now to say, ‘Would that those things did not exist!’ If I were to regard them in isolation, I would indeed wish for something better; but now even when they are taken alone, my duty is to praise you for them. That you are to be praised is shown by dragons on earth, and all deeps, fire, hail, snow, ice, the hurricane and tempest, which perform your word — mountains and all hills, fruitful trees and all cedars, beasts and all cattle, reptiles and winged birds; kings of the earth and all peoples, princes and all judges of the earth, young men and maidens, old men with younger: let them praise your name (Ps. 148: 7-12). Moreover, let these from the heavens praise you: let all your angels praise you in the height, our God all your powers, sun and moon, all stars and light, the heaven of heavens and the waters that are above the heavens: let them praise your name (Ps. 148: 1-5).

So, in addition to exploring the idea that all things are good, you may notice that there’s another way in which Augustine’s train of thought jibes with Dylan’s. One of the verses in Dylan’s song goes:

Wives are leavin’ their husbands, they beginning to roam
They leave the party and they never get home
I wouldn’t change it, even if I could
You know what they say man, it’s all good

What does he mean, that he “wouldn’t change it even if [he] could?” Shouldn’t one want to change something which is unjust?

Yet, Augustine, above, says something similar, about the troublesome things of this earth: “It is far from my mind now to say, ‘Would that those things did not exist!'”

One can take that kind of philosophy too far, of-course, if applied practically, but Dylan’s song, as mentioned earlier, is putting the question in front of the listener, rather than dictating an answer. Augustine for his part is saying that all things which exist constitute a reason to praise God. Corruption in his view is a privation of goodness.

I’m not trying to maintain here, by the way, that Dylan’s song was inspired by Augustine’s writing. Augustine doesn’t have a patent on the concept, and, despite Dylan’s writing of a song called “I Dreamed I Saw St. Augustine,” I have no idea if he’s even read Confessions. I do think it pretty likely, though, that they were both inspired by much the same source.

Whether one fully accepts Augustine’s theology, or Dylan’s, surely there’s no question but that it is all very wholesome food for thought. So I guess, just like they say: It’s all good.