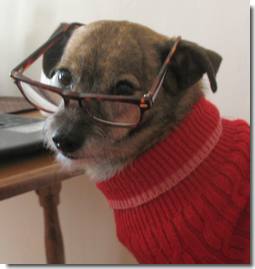 There is a lightweight magazine called Parade which is bundled with a lot of Sunday newspapers in the United States. Those familiar with it will also be familiar with the “Ask Marilyn” column, wherein Marilyn vos Savant (whom we are told is listed in the “Guinness Book of World Records Hall of Fame” under “highest IQ”) deigns to answer the questions of us less cerebrally-gifted types. Her photo, perched atop the column, portrays her as perpetually about 39 years old, smiling and surprisingly benign-looking considering the awful burden of genius which she must bear.

I feel oddly compelled to read the column whenever I see it, and yet it never fails to aggravate me. For example, today Marilyn is asked why microwaved food cools faster than food heated in a regular oven. She answers:

If foods truly have been heated to the same temperature throughout, both will cool at the same rate. But because microwaved foods often are removed from the oven while they still have cool spots, they seem to cool faster. In fact, they never contained as much thermal energy in the first place.

Well, Miss Smartypants totally fails to take into account a major additional factor; namely, the container in which the food resides. Foods are often microwaved in plastic or cardboard-type containers, which do not retain heat very well. Oven baked foods are likely to be in ceramic or metal containers, which retain more heat. As a result the food will actually continue cooking for some time when you remove it from the oven, and it will certainly stay hot longer.

But reading today’s dumb answer merely reminded me of a certain other occasion in the past when her arrogant misinformation was even more spectacular and far more annoying. It was on the subject of pets, and I was able to dig it back up on the Parade website. Ms. vos Savant was asked, “Do pets really know they have names?”

No. The repetition of a pet’s “name” merely provokes a learned response, depending on how the owner vocalizes the name. To a pet, it may mean anything from “come along, now” to “time for dinner.” Try saying your pet’s name disapprovingly, and he may bow his head unhappily as though he’d done something wrong.

Well, this stupid answer would hardly convince anyone with an IQ even one-tenth that of Marilyn’s — and certainly none who had owned a good and smart dog. It was however a cat owner who later wrote in with this objection:

But I have five cats, and every time I call one by name, he or she responds, while the others ignore me. Can you explain this?

Marilyn’s confidence was shaken not a whit. She responded, in a perfect illustration of circular insanity:

You described the learned response. One cat — and only one — has learned to respond when a certain word (its “name”) is spoken. That’s when he or she — and only he or she — will be rewarded with favorable attention or a treat, etc., during the learning process.

Well. The very idea that my little mutt terrier, Billie, does not know her name is utterly absurd, and, while I have little experience of my own with other kinds of pets, I’m sure other dog owners would attest similarly. Not only does she respond appropriately to her name in a limitless variety of contexts, but — and let Marilyn vos Savant explain this — she also knows the names of other people and dogs. She knows my own name, my wife’s name, the names of some good friends whom she sees regularly, and the names of at least one dog she sees at the local dog run (and probably others although I’ve simply never tested her). The fact that she knows all these names is demonstrated by her appropriate response when they are used. For example, if I am out walking her in the neighborhood, and say, “Where’s (our friend) Chris? Let’s go to Chris’s house!”, she can and will lead me to his building. If I say, “Look, it’s Henrietta!” ( a little black pug she knows well), then she will become excited and look around alertly until she spots Henrietta, and then run towards her.

Of-course Marilyn’s undefeatable logic would be, “Your dog has simply learned to associate the sound ‘Henrietta’ with the reward of seeing the little black pug.” The difference between this and knowing that “Henrietta” is the dog’s name is the difference between pitch dark and pitch black, if you ask me, but then the good people of Guinness have never tested my intelligence, being content to merely supply me with delicious stout.

By the standards of evidence Ms. Brainiac employs, none of us know our names, as such. We have simply learned that when someone makes a certain sound, e.g. “John,” or “Mary,” or whatever our so-called “name” may be, that we are going to receive some favorable attention or treat. And, if someone pronounces the same sound in a disapproving tone — as she explained in her first imbecilic answer — we may well bow our heads unhappily. But it’s nothing to do with knowing that that sound is our name, you understand.

Well, I guess that Ms. vos Savant (if she even really exists) provides us all a good service despite herself. She does this by regularly demonstrating how having high intelligence, on some kind of technical scale, bears little or no relationship to understanding the truth of any given matter. Intelligence misused can even be a trap if it merely enables one to take what is a flawed theory to begin with and keep extending and expanding it to encompass facts which commonsense would say actually contradict it. (Darwinists take note.)

So, keep it up, Marilyn. Just don’t think that you’re fooling everybody.

Addendum: By the way, I argue the above point about dogs knowing their names not because I advocate for animals being equal to humans, or deserving of the same rights as humans — because I definitely do not advocate those things — but simply because I think that they are capable of knowing their names. And any theory about dogs ought to fit the facts as they are, rather than trying to make things work the other way round.

Addendum 7:34 pm: Thanks to Hugh McD. for this emailed response, headed “Dogs are smarter than genius columnists”:

Quite amazing. You say a name, and it makes a memory present in the dog’s
awareness.

One dog invented a sort of language. It started when she would bring a bowl to
indicate hunger or thirst. Then the bowl became a general purpose verb meaning
want. If the dog wanted to go outside, she would bring me the bowl, then place
the bowl by the door. It took me a while to understand, and the dog would tilt
her head, obviously wondering how stupid humans must be.

And the latest dog would get my attention when Mozart came on the radio, whether
the name was announced or she recognized the music. The dog was convalescent,
and I would give her a good rub-down when Mozart was on the radio.

It amazes to see how people are considered impressively smart when all they do
is interpret everything through a lame ideology, such as behaviorism.