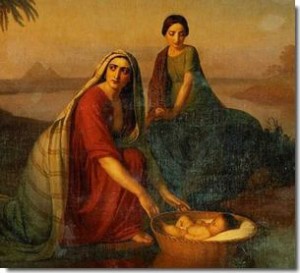 The harbingers of civilizational collapse and impending apocalypse have become so very common as to encourage a serious case of the old ennui. There is little to generate surprise in the latest catastrophes and the daily litany of hopeless headlines. Yet once in a long while something can come along that compels even the most jaded fatalists among us to stop, back up, and say, “Mother of the Mother of God, what have we come to?”

And that is exactly my reaction to this story in the “paper of record” today: Psychiatric Drugs Are Being Prescribed to Infants.

Almost 20,000 prescriptions for risperidone (commonly known as Risperdal), quetiapine (Seroquel) and other antipsychotic medications were written in 2014 for children 2 and younger, a 50 percent jump from 13,000 just one year before, according to the prescription data company IMS Health. Prescriptions for the antidepressant fluoxetine (Prozac) rose 23 percent in one year for that age group, to about 83,000.

Darling, the baby is crying again.

I know. He just seems to keep losing it.

Maybe he should talk to someone?

Of-course. Well, perhaps some pills then?

Marvelous idea! I’ll call the pediatrician in the morning.

Why are such drugs being prescribed for babies in the crib and the most toddling of toddlers? The article has no specific answers. The single case study is a child who suffered epileptic seizures and was (naturally) receiving medication for those, when at 18 months old he began exhibiting “violent behavior” and in response to this was prescribed the antipsychotic medication Risperdal. After 4 months on Risperdal, when the child now “screamed in his sleep” and seemingly reacted to things that weren’t there, his mother researched the drug and made the decision herself to take him off of it.

But what of the many thousands of other under-twos being prescribed mind and mood-altering drugs in the United States? Experts consulted by the Times had trouble coming up with explanations, but were said to presume that …

… parents and doctors, probably desperate and well meaning, were trying to alleviate thrashing temper tantrums — the kind that get children kicked out of day care — or an overly depressed disposition, like being strikingly inhibited, nonverbal or lethargic.

Ah: “the kind that get children kicked out of day care.” It’s an aside tucked into a long article, but you have to suspect that might just be what you’d call the money quote.

That’s because—while it seems all but impossible and ridiculous to picture a couple who feel their crib-bound infant is out of their control and needs psychiatric medication—it is altogether too easy to imagine how people who take care of small children for a living, and have many to deal with, might single out those who are taking up too much time with their shenanigans and say, “Something’s wrong with this one. He/She needs to be checked out, and get some kind of treatment.” Many parents would reject the notion out of hand, but enough would not to lead to a trickle of such parents bringing baby to the doctor and expressing those concerns. And a trickle of those—or maybe more than a trickle—are getting results. The squeaky wheel gets the oil.

And this is, after all, only an extension of the more generalized sickness in our society of wanting to make every problematic behavior in childhood a clinical matter.

And this is, after all, only an extension of the more generalized sickness in our society of wanting to make every problematic behavior in childhood a clinical matter. It has long been going on, exemplified by the over-prescription of Ritalin, for which we’ve hardly begun counting the costs.

But when we start doing this and similar things to babies, less than two years old, whose brains are still developing in the most fundamental ways, what on earth are we saying by our actions?

It is in its own way a denial and rejection of life. We don’t need these little kids having problems, and causing us trouble, as they work their way through the normal challenges of growing up. Let’s keep them under control and out of our hair. Everything should be diagnosable and treatable. Let the professionals handle it, and let everything get smoothed out into nothingness.

Even when the Ramones—of blessed memory—sang about wanting to be sedated, they weren’t singing about evading life itself.

They were just trying to make it to another gig.