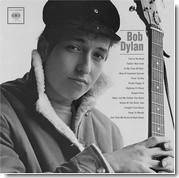 The gospel reading in many Christian churches today would’ve been from Luke, chapter nine, and included this passage where Jesus has some interesting responses to those who, impressed by his teaching, expressed a desire to follow him.

As some preachers may have reminded some congregations today, if you begin plowing and then stop and look back, you’re not going to be able to plow a straight furrow.

This metaphor inspired some person, sometime, to compose what has now become a traditional gospel song, known alternatively as “Gospel Plow” or “Keep Your Hand on the Plow” or simply “Hold On.” I first heard it and automatically think of it via the version that Bob Dylan recorded on his debut and eponymous LP in 1962. He could have heard it via multiple sources, including Odetta’s version, which was captured at Carnegie Hall in 1960.

From the album Odetta At Carnegie Hall

A modern, bluegrass version with all the bells and whistles comes from the Nashville Bluegrass Band and Bill & Gloria Gaither, below via YouTube:

But Bob Dylan’s solo acoustic version from 1962 still blows me away most of all. Listening to it today, I’m reminded of that famous review from Robert Shelton in the New York Times of a live performance by the twenty-year-old Dylan, in which he said that there was no doubt that the singer was “bursting at the seams with talent.” The record contract with Columbia followed shortly thereafter. In his rendition of “Gospel Plow” on that initial album, Bob Dylan is audibly bursting at the seams with something. It sounds like he’s just bursting in all directions. For one kid with just his voice, acoustic guitar and harmonica, it’s a pyrotechnic performance, filled with passion, humanity, humor, and a sense-of-knowing way beyond his years, and it can only make one wonder where on earth it was all coming from. It’s barely more than a minute and a half, but as fresh and explosive today as it was fifty-one years ago.

Tonight, at the age of 72, Dylan is playing in Nashville; it’s just another gig on another leg of another tour. Unlike some contemporaries who are still hitting the stage, his set list will be top-heavy with songs he’s written in the last ten or fifteen years. It seems fair to observe that he’s been holding on to something, and he’s sure never done much looking back.