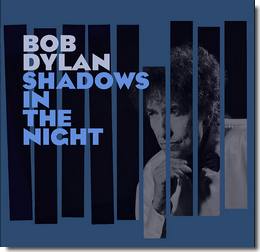 In one of those brilliantly-orchestrated-completely-unanticipated-moves, Bob Dylan posted to his website today his version of “Full Moon and Empty Arms,” a song written circa 1945 by Buddy Kaye and Ted Mossman, with a melody based on a Rachmaninoff tune. It reportedly heralds a forthcoming album release which may or may not be titled “Shadows in the Night” (based on some artwork also posted on his website today).

Rolling Stone magazine and others are reporting this as Dylan’s version of a Frank Sinatra song, and Sinatra’s 1945 recording on Columbia Records is the most famous version of the tune. Rolling Stone even posits that Dylan’s version “doesn’t stray too far from Sinatra’s original track.” This, however, is nonsense. Sinatra’s version—and this is from someone who deeply loves Sinatra, including his Columbia era—is quite melodramatic, and not really Frank at his best. Dylan’s performance is intensely personal and poignant (as Sinatra often was) and draws unexpected depth from the lyric.

The song has also been covered by such emblems of cool as Eddie Fisher, Robert Goulet, Jim Nabors and Jerry Vale. (Indeed.) So, make no mistake, what Dylan is doing here is rescuing a hardly-appreciated song written about four years after he was born and illuminating angles within it that few would have picked up upon in the past.

What can you say? It’s such a blessing that Dylan is still kicking, and still doing just exactly what he wants to do.