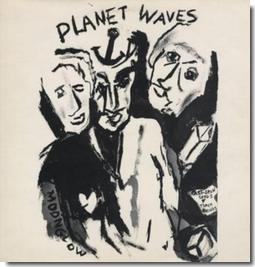 At Major League Baseball’s All Star Game on July 15th, 2014, a singer named Idina Menzel sang Bob Dylan’s song “Forever Young,” before also singing the U.S. national anthem (video at bottom). Although some may have thought it was dedicated to the modern New York Yankees’ legend Derek Jeter (who is retiring this year at the age of 40) it was actually performed as a feel-good tribute to teachers.

The interesting thing about this to Dylan fans might be the evidence that “Forever Young” is one of those Bob Dylan songs that has insinuated itself into the national (and global?) consciousness to the extent that it can be referenced on such an occasion. Perhaps then it is one of those Dylan songs that will outlive even the memory of his name. That might seem an odd thought, but we don’t mind odd thinking around here. Let’s just assume for the sake of argument that the world is still around five hundred years from now. How many songwriters can you name from five hundred years ago or more? I don’t know too many, aside from King David, but there’s no question that there are countless folk songs still persisting from five hundred years ago and more, in one form or another. We ascribe them to that great composer, “traditional,” aka “trad.” I don’t know if future memories will be more accurate, or if coming catastrophes will wipe out all the millions of terabytes of data we currently have at our fingertips and people will be no better than ourselves at remembering and honoring the past. But if the name and personality of this guy Bob Dylan is forgotten, which of his songs might still persist and be sung in some incarnation? It is, I think, a distinguishing characteristic of Dylan’s that he might actually have a few that do persist in this way, as opposed to the vast majority of his contemporaries in the pop and rock idioms.

Automatically, we all would name “Blowin’ in the Wind.” But what else? “The Times They Are A-Changin'”? I think quite possibly yes, because it’s always true, the times are always changing, and people always are reaching for an anthem to celebrate their own planned changes. After that, I would nearly suggest we could skip the rest of the 1960s, but for, just possibly, the rambunctious theme of “Rainy Day Women,” and the irresistible perfection that is “I’ll Be Your Baby Tonight.” After that, I would jump to “Knockin’ On Heaven’s Door.” Which then brings us, chronologically-speaking, to “Forever Young.”

This then becomes a brutal business: there are so many Dylan songs written after that which I love, but do any of them seem likely to have that status of being remembered and sung even if his own name is forgotten? “Gotta Serve Somebody,” maybe? I’m not coming up with any slam-dunks, and it’s not because of the quality of the songs, as such, but just this essence whereby they mean so many things to so many people, and are so inherently attractive and memorable that they simply can’t die.

Please drop a line if you think I’m missing some, at whatever stage of Dylan’s career.

Anyhow: the singer at the All Star Game, Idina Menzel, recently achieved mega-status by voicing the character of Queen Elsa in the Disney feature-length-cartoon Frozen, and in particular for her performance of the song “Let It Go.” Good for her, at the age of 43. Yet, as nice as it is to hear the great Bob Dylan song “Forever Young” on that big national stage—a celebration of what this writer certainly wishes were still really the “national pastime”—is there anyone out there who doesn’t think that she over-sang the song? Over-singing is of-course the curse of our times, only encouraged by the omnipresent televised tournaments imposed on the world by Simon Cowell. In Ms. Menzel’s defense, one can observe that the chorus of “Forever Young” lends itself to over-singing (almost demanding it).

Perhaps, then, instead of singing the version at the end of side one, she should have sung the version that kicks off side two. (She might be almost old enough to know what I’m talking about.)