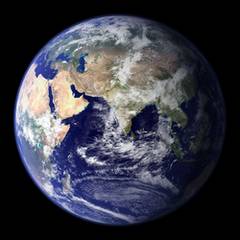 There’s a book called “God With Us: Rediscovering the Meaning of Christmas”.

One of the chapters in it was written by the late, great Richard John Neuhaus, and begins like this:

Think about it. We can stretch our minds as high and deep and far as our minds can stretch, and at the point of the highest, deepest, farthest stretch of our minds, we have not “thought” God. There is always a thought beyond what we are able to think. “God is that greater than which cannot be thought.”

God is, quite literally, inconceivable. And that is why God was conceived as a human being in the womb of the Virgin Mary. Because we cannot, even in thought, rise up to God, God stooped down to us in Jesus, who is “Emmanuel,” which means “God with us.”

I suppose that asking great questions must be the best way — perhaps the only way — of arriving at great answers.

There was a baby in a stable
Some say it was the Lord
Why if it’s no more than a fable
Should it strike so deep a chord?

I don’t know how many songwriters would have both the audacity and the sense of humor to attempt to write a song called “Earth: The Story So Far.” I know that only one had both the talent and taste to actually pull it off, and that’s the bold bard of County Durham, England: Paddy McAloon.

Paddy has quite the facility with words, and one might expect a song with a title like that one to have ended up being rather on the lengthy side. But that’s where the taste interacts with the talent. McAloon outlined planet Earth’s story so far merely by asking three questions, the middle one of which is the one quoted above.

To hear the whole thing, play the YouTube clip below. (This clip was uploaded by a fan and has some random but not unfitting nature footage attached.)

From the album Let’s Change the World With Music

(I previously wrote a little bit on the story behind this album at First Things: Let There Be Music.)