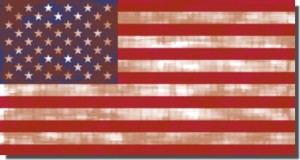 It’s not easy for a nation to see itself in the mirror. And it’s even harder when the visage in the glass is as misshapen and horrific as this.

Forty years ago the U.S. Supreme Court decided that the practice of abortion was not merely permissible but was a fundamental right sitting somewhere between the lines of the Constitution, and one not to be restrained. The nation has lived with that since; some have been taking advantage of this right, some opposing it, with the larger portion of the body politic essentially turning their heads away. In the summer of 2015, we’ve had held before us a looking glass that shows us how far we’ve come, and it’s a lot like undraping the picture of Dorian Gray. Words are not remotely adequate for what we see, and I’ve personally been struggling to come up with any at all. Yet there could be no writing about anything else before giving expression to some kind of statement on this.

It’s been said many times and in many ways that a society ought to be judged by how it treats its weakest and most helpless. I think that’s true and fair. So this is how we in the United States of America treat our weakest, our most vulnerable and voiceless: We kill them before they’re able to scream. We decapitate them and ship their heads in boxes to be processed and used in laboratories, laughing at the thought of lab techs opening those boxes and seeing their little eyes still open. We cut through their faces while their hearts still beat in order to extract their brains at the most useful level of quality. We take care to crush these helpless babies to death either above or below their livers, so that those and other much-in-demand organs can be preserved and shipped off intact, to fetch the best prices. This we do to these weakest members of our society even while they rest in what is for any of us the safest and most comforting place that we can consciously or subconsciously conceive of. We can’t hear their screams as their place of ultimate nurture is violated by cold, sharp, killing instruments.

But it was said with authority long ago that the blood of an innocent who is murdered cries out from the very earth. Fifty-six million, and more every day. We not only enshrine the right to commit these acts in our law, and cherish it in our politics and our courts, but we help pay for it with the money we send to the Federal Treasury. Our dollar bills, splattered with “In God We Trust,” help keep these vile human abattoirs running.

There’s a difference between personal sin and national sin, isn’t there? The mothers coaxed into participating in this by our culture, absent the love and compassion that might have helped them in turn allow love and compassion to be provided to their babies: those mothers can repent and be forgiven, one by one. But what does the nation do to repent? It’s moot, because we’re not even close to that point. Yet the sin brings with it the seeds of the punishment. It doesn’t require a thunderbolt, and thunderbolts in any case would be far too kind. The punishment is playing out over time, albeit that the pace now seems to be quickening. A society that cherishes—that holds sweet and dear—the right to slice up living babies for convenience and profit has planted a deep sickness in its heart, and this nation is now caving in from all sides. Cherishing this obscene thing has corrupted our politics, our culture, our present and our future, in ways beyond measuring. 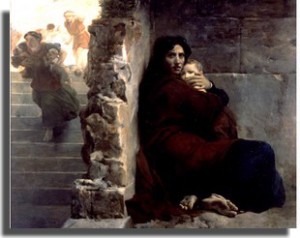 It’s very difficult for those who love America to face this. There’s so much that’s been great and good about this country and its people, and there is still so much goodness, side by side with the bad. But evil on this scale cannot go unanswered, and we should be most terrified if it did.

We’re guilty also of a particular kind of false deification in America, I think. We revere the founders, and the founding documents, sometimes as if those men were demigods and as if those papers were on the level of holy scripture. The men were in most respects admirable and intelligent figures, and they wrote relatively wise documents. But they did not create a perfect form of self-government, and in revering it too much we’ve fallen into a pit. A country founded in 1776 on the concept of human liberty compromised when it came to treating some people as being less than human, and that was a sin that reaped horrific retribution in the 1860s and the consequences of which still oppress us today. And a Declaration of Independence that declared “life” to be the first and most fundamental inalienable right endowed by our Creator has nonetheless allowed us to treat human life as if it is a product of our own making that we can dispose of and exploit for advantage and profit. We can blame the courts, but our system of government has given the Supreme Court that excessively lofty status, and our complacency has led us to ignore the consequences and avoid making the necessary correction.

But they did not create a perfect form of self-government, and in revering it too much we’ve fallen into a pit.

Life goes on for the lucky, and there will continue to be things to celebrate (and write about), by the mercy still permitted to us. Yet, as much as we might love America, we’ve now, just in these past few months, received more than enough evidence that—while not negating any good that remains—America in 2015 is in a matter of unsurpassable importance an evil nation.

We still can’t hear them screaming.