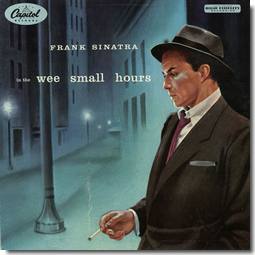 Frank Sinatra passed away on May 14th, 1998. I recall thinking at the time that with Sinatra gone, all bets were off—anything might now happen in this sad old world. (And I think the record would show that my fears in that respect have been proved entirely correct.) END_OF_DOCUMENT_TOKEN_TO_BE_REPLACED 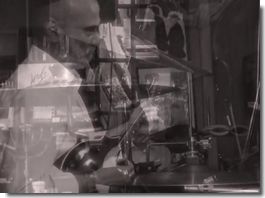 If you’re ever visiting New York City (or indeed if you live in the area) and are looking for a truly only-in-New-York thing to do, you could most certainly do no better than to check Andy Statman’s concert schedule and see if you can catch him at his home base of Charles Street, in the West Village, where his trio plays informal gigs in the basement of a humble synagogue. Andy Statman plays clarinet and mandolin; in fact, that’s exactly how he was described to me when I first heard of him, and naturally (me being me) I pictured in my mind’s eye a man playing a clarinet and a mandolin at the same time, and I thought to myself, “That’s pretty amazing.” END_OF_DOCUMENT_TOKEN_TO_BE_REPLACED 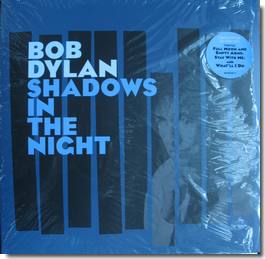 I’ve long harbored the sense that it’s a bit farcical of yours truly to “review” a new Bob Dylan album; being as much of a fan as I obviously am, my enthusiasms tend to run over: I get carried away (especially absent any humorless editor to beat me down). Why pretend to offer an unbiased review? On the other hand, everyone has his or her own biases, declared or no. A review is most useful or interesting to a reader to the degree that the reader either shares those biases or at least appreciates their presence.

However, the special way in which it is impossible for me to pretend to offer a coldly objective review of Bob Dylan’s Shadows In The Night is this: I happen to know that he recorded this album for me. That has to affect things on some level. You see, while I like to think that I have eclectic taste in music, a quick glance at the CDs on my shelves or the gigabytes on my external hard drive would reveal that the music I’ve collected from two particular artists far exceeds the music I’ve collected from any other. Although I’m not into making lists of favorites—top ten favorite female singers, top ten favorite country songs, blah blah blah—there’s no necessity to sit back and wonder who my two all-time favorite musical artists are. They are Frank Sinatra and Bob Dylan. END_OF_DOCUMENT_TOKEN_TO_BE_REPLACED

What the heck is a tiger egg?

Well, once, in an interview, Dylan Thomas said of himself (as a younger poet):

I wrote endless imitations, though I never thought them to be imitations, but rather wonderfully original things, like eggs laid by tigers.

Those tiger eggs might not be so well known, but A Child’s Christmas in Wales most certainly is; it has traveled around the world many times over, and is one of the most beloved of all literary evocations of Christmastime. In it, a man of uncertain age tells some small children gathered at his side of what Christmas was like when he was a boy … and in so doing captures the most wonderful kind of magic that human memory can make, bringing to life an idealized Yuletide landscape, fashioned with the kind of reckless joy of language and humanity that defined Dylan Thomas. It is at once so very particular to a seaside town in Wales and so amazingly universal (which explains its perpetual popularity). END_OF_DOCUMENT_TOKEN_TO_BE_REPLACED