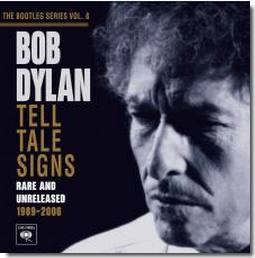 In a victory for those who would like to see Bob Dylan avoid a year in a French jail and/or a fine of 45,000 euros (but not so much for supporters of free speech) a court in Paris has ruled that he is not liable on a charge of incitement to hatred due to remarks he made to Rolling Stone magazine in 2012. He is not liable, according to the judge in the case, because he supposedly did not give permission for the remarks to be published in the French-language edition of the magazine. So, the charge is being transferred to the boss of the French edition of Rolling Stone instead.

It is a victory for Bob Dylan’s French attorney, Thierry Marembert, who is quoted as saying, “I’m very happy the justice system understood that Bob Dylan never intended to hurt or defame anyone.” This is all legal nonsense, of-course. But let’s recap what Dylan said that caused all the ruckus. He was opining about persistent problems around the issue of race in the United States (prompted by questions from the Rolling Stone interviewer) and this came out:

So, whatever you might think about the truth of it, he was maintaining that the smell of past crimes lingers in the blood of those who are in any way descended from the perpetrators, and that those who are in any way descended from the victims can somehow detect this. He gave three examples: the first two, involving Klan members and Nazis, provoked no controversy, but his comparatively very obscure invocation of Croats as past persecutors of Serbs upset the Council of Croats in France, who brought the legal action against him. Why did he supply this example? Had he only just read something of that particular history or talked to someone about it, or was it just the funny way his brain works, and the desire to supply an example that almost no one would understand?

The thing is, no one really noticed except the aggrieved Croats, and their bringing of this unlikely legal action accusing Bob Dylan of a hate crime ironically led everyone to their history books (or at least Wikipedia) to try and dig up what the Croats had ever done that was so bad to the Serbs.

The specific legal situation has apparently swung on a technicality: that is, this idea that Bob Dylan did not “give permission” for Rolling Stone to print his remarks in the French edition, as if anyone interviewed by the U.S. magazine must give express permission for their remarks to be translated and republished in other regions, and as if they are not responsible for what they’ve said unless they have. So the lawyers collect their fees, and the world is spared the unseemly sight of the great Bob Dylan on trial for “hate” in Paris. The magazine executive will presumably provide a more suitably bland and boring target for the legal action.

I have to say that I think it’s actually a shame. Putting Bob Dylan on trial in France for incitement to hate over this casual and/or impish and/or sloppy remark to a journalist from Rolling Stone would surely have demonstrated very well the absurdity of laws that punish people for saying things that someone, somewhere (or even everyone, everywhere) finds offensive or hurtful. Laws policing speech in this way are ultimately an attempt to police thought. They are simply incompatible with freedom. If one finds someone else’s speech upsetting, a free person can either ignore it or argue against it.

Maybe Bob will show up outside court when the magazine executive is being tried, and sing a little “Chimes of Freedom” for him.

However—though I might be all alone in this—I’ve never much liked that song. It always sounded to me like a mess, lyrically-speaking, an attempt to put everything together into one big anthem, and very uncharacteristic of Bob. Maybe I’m missing something. Better in my view as a song decrying injustice would be “Percy’s Song.” It has some verses that already fit and Dylan likely could put together a few more pretty easily.

Bad news, bad news
Come to me where I sleep
Turn, turn, turn again
Sayin’ one of your friends
Is in trouble deep
Turn, turn to the rain
And the wind

But I knew him as good
As I’m knowin’ myself
Turn, turn, turn again
And he wouldn’t harm a life
That belonged to someone else
Turn, turn to the rain
And the wind

But he ain’t no criminal
And his crime it is none
Turn, turn, turn again
What happened to him
Could happen to anyone
Turn, turn to the rain
And the wind

We’ll even throw in a new verse for free:

He’s there on trial
And I’m in Malibu
Turn, turn, turn again
Watch your mouth in France
Or next time it could be you
Turn, turn to the rain
And the wind