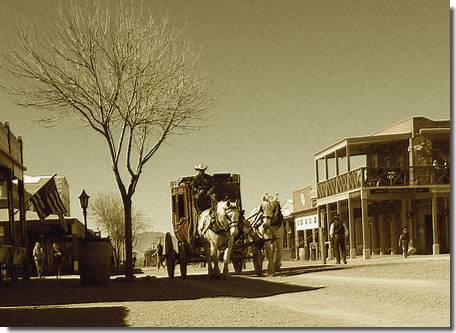 In the Canadian newspaper London Free Press, James Reaney writes on Bob Dylan’s recent show in London, Ontario. Guitarist Paul James (with whom Dylan has history) replaced Stu and Denny for the first several tunes. Reaney regrets that photographers were not allowed: “So you’ll have to take my word that Dylan was wearing a big white cowboy hat and a black suit with red trim that made him look like a bellhop in a wild west hotel.” That’s an interesting way of describing Bob, although I can’t imagine it’s quite the effect he’s going for. Reaney also writes this:

This reviewer has decided to accept Dylan’s decision to play around with his famous words. When he wants a line to be heard clearly — say, the slashing “I hope that you die” from Masters of War or the self-mocking “You think I’m over the hill” from Spirit on the Water or the menacing “How does it feel?” from Like a Rolling Stone — it could be heard.

“Unintelligible,” Dylan said clearly during the band introductions, one clue that this master artist and joker can be heard when he needs to.

Dylan said “unintelligible”? What’s that about? Well, let’s check the tape, which I happen to have. Click below for Dylan’s band intro and remarks – my transcription of the relevant part is below that.

So, after introducing Denny, Stu and Donnie, Bob says (to the degree that it’s intelligible, of-course):

If you haven’t noticed, there’s a journalist backstage, and he’s asking somebody, “Is he always so unintelligible?” Unintelligible. Does anybody out there think I’m unintelligible? [Pause, indistinct crowd reaction. Bob laughs.] Tell me the truth now!

Pretty funny stuff. The way he rolls that word around, “unintelligible,” sounds a little W.C. Fields-esque to me. In any case, just priceless.