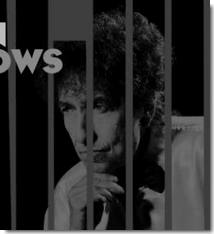 Way back in May of last year we first heard “Full Moon and Empty Arms” from the forthcoming Bob Dylan album, Shadows in the Night. Today we have the release of the studio audio of “Stay With Me,” a song that Bob Dylan was closing his live performances with on his most recent tour, written by Jerome Moss and Carolyn Leigh and first recorded by Frank Sinatra. The audio can be heard via NPR (thanks to David H. for the tip). UPDATE: And now you can hear it below via YouTube:

I think it’s quite something, and genuinely moving. Now, some people have never liked Bob Dylan’s voice, and this certainly won’t change their mind. At this point in his life Dylan’s voice has an altogether new level of raggedness. Yet, the level of expressiveness here is amazing. He is squeezing so much nuance from each syllable. There are shades of George Jones, in the sense of how Jones used to use his voice on great, big, emotive ballads. The recording itself seems just beautiful (I look forward to hearing it soon on the LP version). And in addition to Dylan’s singing, the atmospherics created by his small band are wonderful, with the ebb and flow of the steel guitar evoking a ghostly string section.

2015 is the centenary of Frank Sinatra’s birth. There will be many tributes to him. Bob Dylan, by picking these songs that Frank himself chose to sing and making an album from them, is delivering a very special tribute indeed to The Voice. (And more on that later …)