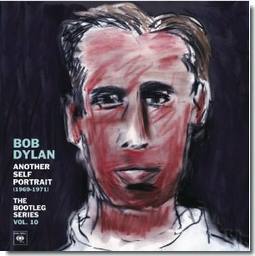 A teaser has been released from the forthcoming Bob Dylan Bootleg Series Volume 10, Another Self Portrait.

It is his solo acoustic performance of a song titled “Pretty Saro,” an eighteenth-century English ballad that was kept alive in the Appalachians and enjoyed a twentieth-century revival (video below). It is said to be from the original sessions for Self Portrait.

It’s a lovely performance, and one thing that struck me while listening to it is how, when Dylan sang in this smooth, crooning, almost-genteel voice all those years ago, he came in for a lot of mockery. “Why’s he singing like that?” “What’s he done to his voice?” It was one more reason to brand him a sell-out of some kind. But all these decades later, I would be surprised if many could listen to this without agreeing that his singing is really rather appropriate to the material; it is sensitive, even reverent, and, in the end, just beautiful. Whether it was really because he quit smoking (as he claimed at the time) or not, it’s a nice thing that, for a while at least, Bob Dylan was able to make records with this more pure and melodic voice. He would get back to his other kind of singing soon enough.

The video for the track is an official one, but, ironically, it resembles countless illicit fan uploads in that it only features a slideshow of pictures that have nothing directly to do with the song or singer. In this case the photos are taken from the Library of Congress (and the archives of the Farm Security Administration) by video-maker Jennifer Lebeau.