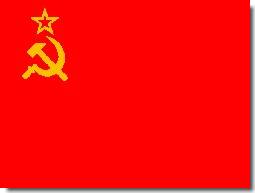 Of all the stories that could potentially be generated from the millions of secret documents recently released by Wikileaks, this one seems to be getting the most attention today. In 1975, in a memo to Washington and the Kissinger-led U.S. State Department, the then-U.S. Ambassador to Russia, Walter Stoessel Jr., suggested that various top musical acts should be entreated to tour in the Soviet Union, apparently with the ultimate goal of weakening the communist system. Names he mentioned included Bob Dylan, James Taylor, Don McLean, Joni Mitchell, Neil Young, Crosby Stills & Nash, Carly Simon and Carole King. One’s initial reaction has to be that it seems a curious group to be approached to undermine communism in the U.S.S.R., as some would have argued that (at least) one or two on that list were promoting the same thing at home in the U.S.A..

In any case, it was apparently nothing more than a pipe-dream. It’s not confirmed that any musical artists were approached with the idea, and they wouldn’t even have been able to tour without the permission of the Soviets, obviously.

Yet, Ambassador Stoessel was arguably both sharp and prescient. Envy of the freedom exhibited in western pop-culture played a role in the discontent that eventually brought the Iron Curtain to the ground. Seeing more of that pop-culture, up-close, would only increase the envy. It’s the “blue jeans and the Beatles” theory of the defeat of communism, which has a lot of truth in it, although I think it sometimes gives unduly short shrift to other pressures that were brought to bear.

Nevertheless, with hindsight, perhaps it was in 1979 that the Soviet communists made their most lethal error, when they gave their permission for this:

That would be British pop-singer Elton John (with percussionist Ray Cooper), poisoning the foundations of the totalitarian state. It was hardly six years later that Gorbachev was compelled to introduce glasnost and perestroika, and, a mere ten years after Elton’s concert tour, the Berlin Wall itself was breached. Could all of these things really be only coincidental?

Wikileaks, however, has yet to reveal whether it was Kissinger who put him up to it.