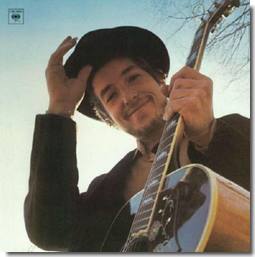 Well, how could I be expected to resist a title like that?

When I first read the excerpt of Bob Dylan’s interview in Rolling Stone yesterday, I didn’t much remark on the line where he complains about being called “Judas” for playing an electric guitar, and then says: “As if that is in some kind of way equitable to betraying our Lord and delivering him up to be crucified.” But naturally you don’t refer to Jesus as “our Lord” and speak in that way about him unless you believe in Jesus as “your” Lord. Hearing him speak in the language of a believer was, however, unsurprising to me: an awareness of God is throughout his songs, after all, and I’ve never been of the crew who insist he “rejected” his more particular belief in Christ; quite the contrary, in fact. Bob Dylan is a Jew, and he’s clearly very serious about his Jewishness, but he also clearly enough sees no conflict with that and his belief in Jesus. He’s not alone in this, but due to our various baggage and traditions, many of us can’t get our heads around that. Especially, people in the rock press have never been able to get their heads around the whole “religion thing,” and have concocted theory after theory to make themselves feel more comfortable. Dylan for his part has never given the impression he much gives a damn what anyone thinks; he has just plowed his course, a course that has included Jewish observances in the company of the Chabad Lubavitch folk, and recording a Christmas album that includes hymns of faith, sung with as much angelic devotion as his crusty vocal cords could muster. And there have been other indications, literally too numerous to mention, of a man serious about faith in the God of the Bible, both the Hebrew and the New Testament.

In the end, it’s his business. Some people pick up on it and some don’t. Yet, people continue to be curious. Many people go to Google and type in “Is Bob Dylan still a Christian?” and similar queries. I know because some of them happen to end up in my website statistics after doing so, because they hit upon something I wrote on the subject in the past. (Others have written plenty too.)

The curious thing about this Rolling Stone interview excerpt is that Dylan is talking about the “plagiarism” subject, and then seemingly out of the blue recalls being called “Judas” in the 1960s, and then just slips in what amounts to a profession of faith. Again:

These are the same people that tried to pin the name Judas on me. Judas, the most hated name in human history! If you think you’ve been called a bad name, try to work your way out from under that. Yeah, and for what? For playing an electric guitar? As if that is in some kind of way equitable to betraying our Lord and delivering him up to be crucified.

It’s sorta hilarious and somewhat typical that he does it in this indirect way. But nonetheless he is stating his faith in Jesus as “our Lord” and therefore “his” Lord—and also, by the way, his belief in the historicity of the gospels. (This is not unusual: it’s a belief common to most ordinary Americans, after all. What’s unusual is the endless analysis given to it in his case, because he is who he is.)

He then follows it up with what some may consider a vaguely un-Christian statement: “All those evil motherf**kers can rot in hell.”

Which just goes to show we’re all sinners.


It also gives me a chance to speculate about something else. I think that Dylan was never going to be comfortable presenting a “holier than thou” image to the public, and that’s one reason he only did what he did as regards gospel music for a limited time. He didn’t want to be a standard bearer and to be expected to live up to that level. It’s hard enough being a believer in this world without also being on display and having charges of hypocrisy thrown at you every time you let off steam. Dylan is out there in the rough and tumble world, and, dare I say it, that’s probably right where God wants him to be.