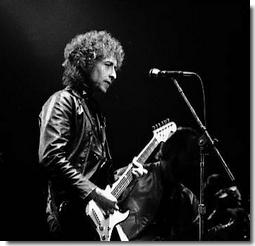 I wonder if the dear reader has ever seen “Stop Making Sense,” the Talking Heads concert film made in 1984. If not, then you really ought to (and at the time of writing it is viewable on YouTube). If one was around back then, and a fan of popular music, it was pretty much impossible to avoid the hoopla over it, and the movie was an enormous success in theatres worldwide. Looking at it now, it might at first appear amusingly anachronistic. Our eyes are so accustomed to super-glossiness, to computer-generated imagery (that’s CGI to you young folk) and quick-edits that “Stop Making Sense” could seem visually slow and almost muted. But it’s neither one of those things, of-course. It’s a brilliant concert film, undoubtedly one of the best ever made, from the opening with David Byrne playing “Psycho Killer” with just his acoustic guitar and drum-machine track, right to the end, with the band slowly increasing in size as the show goes on, and the whole thing building and building and building and leaving you with the sense of having witnessed pure genius. The filming made the music the center of the experience, and the band are so into their music that it is an unalloyed joy to watch.

I thought of “Stop Making Sense” recently when I watched (not for the first time) the concert film made from Bob Dylan’s performance on April 20th, 1980, in Massey Hall, Toronto, Canada. It too is currently available on YouTube, although the film was never officially released. Whether the failure to release it was due to the dim view that some Columbia execs took of Dylan’s gospel music, or some combination of factors, I don’t know, but the moment passed, although copies of the professionally shot and edited film have been circulating among collectors for all these decades.

I was reminded of “Stop Making Sense” for a few reasons. Firstly, there just aren’t all that many full-length concert films from that era. Film was/is expensive, and you need a lot of cameramen and equipment and it’s a lot of trouble and moolah. (In the digital era it can be done quite a bit more easily, if not necessarily better.) Secondly, the glorious gospel stylings of Bob, his band and his backing singers couldn’t help but remind me of the Talking Heads’ swampy-gospelly-type numbers. In their case, they are painting from the gospel palette with more or less of a degree of artistic distance from its origins; in the case of Dylan and his people, they are just doing it dead straight, and giving it everything they’ve got. Thirdly, you’ll notice watching the Bob Dylan-Massey Hall-Toronto-1980 film that little if any time is spent showing the audience on screen (until the final encore). Much was made of this approach being very important in the making of “Stop Making Sense.”

Am I saying that Jonathan Demme (the director of “Stop Making Sense”) or David Byrne saw the bootlegged “Bob Dylan in Toronto 1980” and decided to copy some of its style, four years later? It would be interesting to ask them, but nah, I think it’s more likely just a case of great minds thinking alike, with the intent of conveying a concert performance on the screen in the optimum manner.

And the “Bob Dylan in Toronto 1980” film does succeed. It is galvanizing, from the opening number (“If I’ve Got My Ticket Lord, Can I Ride?”) by Regina McCrary and the other lady singers, through their whole opening set, and from Dylan’s appearance on “Gotta Serve Somebody” through to the final encore, “Pressing On.” Two hours and twenty minutes worth. They leave it all on the stage, most especially Bob Dylan himself. I think that you do not need to share the particular religious beliefs professed in the songs to be left breathless by the performances.

It would have been Bob Dylan’s first official full-length concert film, had it been released in 1980. That honor went instead to the “Hard to Handle” film in 1986, showing Bob Dylan backed by Tom Petty and the Heartbreakers in Australia. (Curiously enough, Bob’s performance of “In the Garden” from the Saved album was taken from mid-concert and made the opening number of that movie.) “Hard to Handle” is a lot of fun for a fan, but, as I think Dylan himself has acknowledged, he was a little bit lost around that time on stage, and at times it seems like he’s playing the role of a rock star—a role that he’s never pulled off too well. As a film, it’s arguably a little bit pedestrian as compared to the unreleased Massey Hall 1980 show.

The Toronto 1980 film should be released, of-course. I don’t even know who directed the filming and edited the version that is out there, but they did a great job, and they deserve credit. People who’ve seen the bootleg would gladly buy a high-quality packaged version. Marketed right, it could even be suprisingly huge; anyone who thinks that religious stuff doesn’t sell ought to take a look at the rating for “The Bible” series that was on TV recently.

There’s nothing embarrassing about looking back at Dylan during this era. What he did, and how he pulled it off, was amazing. His lack of embarrassment about it is clear enough from his participation in the “Gotta Serve Somebody – Gospel Songs of Bob Dylan”

project a few years back and the fact that he still performs a gospel-era song when he feels like it. Even the “gospel rap” he speaks during the Toronto show is unembarrassing; the world hasn’t changed so much since then—only gotten more dangerous—and his advice about needing a solid rock to hold onto seems quite as relevant as ever.

(And, while they get around to releasing this film officially, maybe “they” could also get around to giving Saved the complete remix and remaster which it has needed since the day of its release.)

At least, in these latter days, it’s not quite so difficult for this undeservedly-obscure classic in the history of musical film-making to be shared.