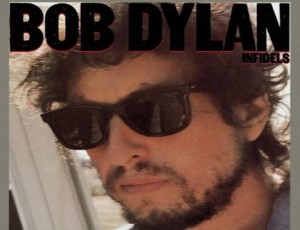 The U.S. State Department has warned Americans abroad to steer clear of numerous sites in Italy that are apparently threatened by jihadist attacks. These include in particular the Vatican in Rome, and two sites in the city of Milan: the Duomo and La Scala opera house. The warning also mentions more general targets “such as churches, synagogues, restaurants, theatres, and hotels” in both Milan and Rome.

Bob Dylan is set to play two concerts in Milan, the first tomorrow (Saturday) night, November 21st, and the second on the following night, both at the Teatro degli Arcimboldi. Major acts including Prince, U2 and Coldplay have all cancelled tours in continental Europe following the attack by Islamic terrorists on the Bataclan in Paris. Dylan has already performed five shows in Europe since that event: in Switzerland, Austria, and the most recent two in Bologna, Italy. On Wednesday news reports stated that Dylan had asked for 12 armed guards at his Bologna shows, to guard the venue and backstage entrances, and also to be intermingled with the crowd.

While the media get many things wrong about Bob Dylan (even with this story some outlets reported that Dylan had a “40 man band,” overstating the number of musicians by a factor of 8) I certainly hope this story is 100% true, and that the shows in Milan are similarly defended. A Bob Dylan show would be a gem of a target for the jihadists. Aside from the attractive high concentration of defenseless concert-goers, Bob Dylan himself is both an American and a Jew. He is also an icon beyond the level that can easily find a comparison. Maybe one of the few comparisons would be to the guy Dylan has recently been paying tribute to, with the songs he has chosen to record and sing live: Frank Sinatra. But Frank isn’t around to see the things going on these days in this crazy world. I’d like to think that if he was, he wouldn’t back down either—that he also would do the shows and just make sure the appropriate firepower was there to protect the fans and musicians.

The question is: is this the “new normal”? That is, to go ahead with enjoying ourselves in our decadent Western fashion, with rock & roll and the like, especially in growing areas of Europe, is it going to be assumed one needs armed guards to keep the blood of the infidels from being spilled? And how much of a dent is that going to make in the culture at various levels?

Where does it end? What is it that is likely to change in the foreseeable future, and in which direction is the change headed? Sure, you can take out various individual jihadists, both at home and abroad, but they would seem to have a rather deep and indeed ever-expanding bench of replacements.

Dylan (on an album named Infidels, as it happens) once sang that …

One small way of realizing the overwhelming truth of the above lines is when you can’t go to hear some music being played in modern, liberal Europe without the place being protected by good guys with guns, awaiting the arrival of the bad guys with guns.

The answer’s still blowin’ in that wind, as we know. So may God bless and keep Bob, his band, and his fans, and may the show go on while it still can.