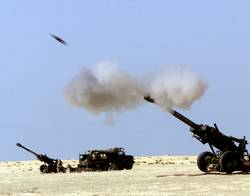 It is a point about human nature, and it ought to be understood (but sadly most often is not) by those who put forth forceful opinions about what Israel should give up to achieve peace with its Middle East neighbors.

The story is in multiple locations, for instance here in the Christian Science Monitor: After North Korean attack, South Korean island empties out.

The idyllic life on this once-prosperous South Korean island, enriched by the plentiful fish and crabs swarming the embracing waters of the Yellow Sea, may be gone.

For most of Yeonpyeong’s 1,700 residents, the island provided a comfortable living that few on the mainland 40 miles to the east would imagine. Many made small fortunes off the crab that are plentiful in the Yellow Sea, especially at the height of the crabbing season in June. Now the number of inhabitants has dwindled to the 20 or so who refuse to leave.

“I was planting trees when the bombs were falling,” says Park Yu-san, who moved here from North Korea during the Korean War. “My house was destroyed. I was lucky not to be there. It was very calm here, very beautiful. We loved the life here.”

He says he never had anything against the North Koreans. “We don’t hate them,” he says. “We still don’t hate them.” But now, he says, “I feel they are very cruel.”

The people on this island lived eight miles away from North Korea, a nation which they knew — intellectually-speaking — was effectively a threat to their safety. However, their day to day life was peaceful, prosperous and normal. They could wake up in the morning expecting a day in which to safely go about their business: fishing, growing things, raising children, living. In the space of a moment, that changed. The North Korean artillery shells roared without warning out of the sky, turning everything black, exploding and burning houses and filling the air with the acrid smoke of destruction. The fact that this could have happened at any moment during all the days of the last six decades didn’t soften the shock by one iota. Only four people died, true; yet the attack was on every single inhabitant.

Looking at things in a coldly logical way, there seems little reason why the residents shouldn’t return to pick up their prosperous lives on the beautiful island. After all, the North Koreans might not attack again for another six decades. There are many other places all along the border where the North Koreans can flex their military muscles and provoke when they see fit. Why hit Yeonpyeong again? The South Korean military will be ready. Inhabitants of Yeonpyeong may well be safer now than most other South Koreans who live within 20 miles or so of the DPRK.

But forget cold logic. All that these people now know is that the sky which once seemed so beautiful above their fruitful and cheerful island could at any moment and without warning erupt again with screaming artillery shells, with darkness, with terror and with death. They cannot return knowing that this image and this fear would be with them from their rising in the morning to their laying down at night, and would fuel nightmares as they slept. Oh, sure: a few hardy and tough-minded souls will stay, and given an extended interval of peace — some years — the island will likely revive with new inhabitants moving from the mainland. But this community as a whole, as it stood before this attack, is shattered. Living with the constant and now very tangible threat of sudden attack is simply untenable. As it would be for the average person anywhere.

And those who would compel the Israelis to make concession after concession, and to continue giving up “land for peace” until their enemies are within arms reach on all sides need to appreciate the identical threat of societal collapse that faces their geographically tiny nation. Their enemies understand it perfectly well already. Israel withdrew from southern Lebanon, and the Hezbollah rockets moved closer and came screaming over the border. Israel withdrew from Gaza, and the Hamas rockets moved closer and hit the nearby towns. Hamas and Hezbollah both rearm constantly and prepare for future attacks, with foreign support. Iran meanwhile works to develop a nuclear bomb. None of these enemies need to be able to actually take on and defeat the Israeli military in an all-out war. All of them, together, work to create a situation where an attack might be expected to come from any direction at any time, and so foster an atmosphere of insecurity and fear for the average Israeli. They seek to make normal life untenable in Israel. Break the morale of the average person, and perhaps Israel will make desperate concessions that lead to its destruction. Perhaps many Israelis will emigrate to whatever country might have them, to someplace where rockets don’t come out of the sky without warning, and where an atomic bomb wielded by a fanatical and suicidal enemy isn’t possibly going to land without warning in the middle of the city.

The plan is to weaken and weaken the confidence of the Israeli people until a catastrophic break occurs.

And this is what needs to be understood by those who would compel Israel to do any of those things, in the name of “Mideast peace.” Some already understand it, but insist that Israel do these things anyway.

These are the people who wish, secretly or otherwise, that Israel would cease to exist.