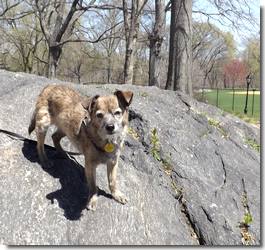 If you live in New York City, the odds are that you’re going to see famous people now and then. Even if you don’t go to their high society parties and clubs (and I for one toss every invitation in the trash on principle), you’re just fairly likely to run into them as they walk upon the sidewalk, something which even the famous must do if ever-so-briefly. Celebrities are no doubt bothered a lot less in Manhattan than they would be outside of it, because most Manhattanites (whether native or New Yorkers-by-choice) are loathe to act like they are at all impressed or fazed by anything or anyone. And then don’t forget that for every A-level famous person there are at least twenty B and C-level ones, some of whose faces may be only teasingly familiar from bit parts on TV shows, and many of them also live in New York City at least part of the time.

If the missus and I were to go down the list of celebrities that we’ve seen at some point around town … well, it wouldn’t prove anything in particular (though I can’t resist noting that Soon-Yi is oddly much more quickly recognizable to me than Woody, when they are together). The most democratic location in Manhattan may be Central Park; whether you are rich or poor, unknown or famous, if you live in New York City, you are likely to periodically feel the yen to take a stroll in that oasis of greenery and peace, and we’ve seen quite a few famous mugs there over the years. However, there is now no question as to what has been our most memorable and surprising encounter, and it is also quite the most mysterious one. It happened about a month ago. I didn’t immediately think it was something to write about here, but in the end, it being positive rather than gossipy, I decided: “Why not?”

We were sitting on a bench in a fairly quiet area of Central Park with our dog, Billie, who was being groomed with various implements by the fairer of us two. It makes for a relatively amusing sight, I guess, with Billie—a quite nondescript mutt—perching on a lap getting brushed and hair flying everywhere. Billie sits alertly, keeping a constant watch for squirrels and other prey. People going by often smile, or chuckle, or stop to say hello (truth be told, to a sometimes wearying extent). We do not groom her for competition in any dog show, but merely to keep her shedding to some kind of tolerable level. 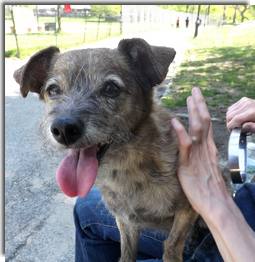 So it was not of any great note that an older gentleman walking by with his small white dog smiled as he passed by. He was seeing my wife, a very beautiful woman, grooming this little mutt on her lap, with fur flying all about. I’m quite sure he didn’t notice the slob sitting beside her at all. And I wouldn’t have noticed him either—just another white-haired man in a cap and sunglasses walking his dog—except for that smile which I happened to catch. The smile, in profile, was somehow recognizable. My brain immediately retrieved the name of a guy with that particular smile. And nothing about the rest of his appearance said that it couldn’t be him. Yet, it was crazy to think that this particular guy would be walking a little white dog in Central Park. That’s the very last place he should be, and the very last thing he should be doing. I decided to just let it go, and not even mention it to my wife, in case she would think I was losing my marbles.

A half a minute later, still grooming our dog, she remarked, “I thought that guy looked kind of like Clint Eastwood.”

“That’s just what I thought!” I said.

Our eyes followed him as he continued on with his dog (the breed of which I didn’t nail down, but possibly a West Highland White Terrier). Clint Eastwood, as we knew, is in his eighties (he is now 84, to be exact). The most recent mental image we had of him was his appearance on stage at the RNC during the 2012 election. This man, we thought … could be him. Given his erect posture and his energy you would certainly not guess that he was 84, but perhaps in his late 60s. But then, Clint has taken good care of himself, hasn’t he? This man was not only strolling with his dog, but allowing the dog to scamper up little grassy inclines to scare squirrels and such, compelling the man to scamper likewise, holding the end of the leash.

We remained unsure. It was impossible to be sure from the current distance. So, the grooming continued as the man and his dog traveled on. We would never know; it would just be one of those things. 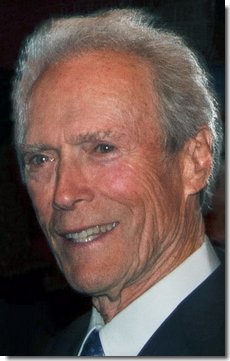 Except, that when the grooming was finished about ten minutes later and we were walking and heading toward home, we saw the same man and his dog some ways off. He was not on the direct path to where we were going, but a small detour would bring us alongside him. We were curious enough to make that detour, though we’ve never gone out of our way to stalk some famous face in New York before. But we just had to take one more closer look at this guy, given the chance. And we did so, as we passed by, as discreetly as two painfully blasé New Yorkers could manage it. And we both concluded that if it was not him then it had to be one unbelievable dead-ringer. Later I looked up photos online, and found some recent paparazzi shots of him similarly attired that further nailed it. I actually had a camera with me when we saw him, but did not even think of pointing it at him. (After all, what might Dirty Harry point back at me?)

So then we had to ponder what on earth Clint Eastwood was doing in Central Park on a sunny afternoon walking a small white dog. I can easily picture him on a huge ranch, or flying a helicopter, or in outer space even … but this?!?

There is no answer to any of that. And to seek one in any case would be to pry. But this inexplicable encounter told us something important about Clint Eastwood. To the extent that we already had an impression of him as a solid citizen or a general good guy, this random personal sighting with no words spoken cemented that forever. It is not every celebrity of his stature who walks his own dog, to say the least. All alone, with no bodyguard, no hangers-on, only a cap and shades to shield him from all the wannabe actors in New York who might mob him for a role. And more even than all of that, his manner of walking his dog said volumes about his character. He was not on a cell phone. He was not just lackadaisically trudging along, giving it a token walk. He was allowing the dog to be a dog, sniffing through the grass, scampering around, chasing varmints, even though he had to keep it on a leash (as all good law-abiding citizens must in Central Park). He was focused on his dog’s enjoyment of its walk, and this is in contrast to how one can see every day in New York City so many people dragging their dog along like an unwanted appendage or handcuffed convict, while they’re busy yammering on their devices or whatever else.

Someone who cares enough to treat their pooch with this kind of regard, and to give it a real walk, putting aside his or her own preoccupations and not caring about looking foolish while chasing squirrels, is always going to be alright in my book.

So kudos to Clint, a man who I can now honestly assert is the only Hollywood actor I would trust with my dog.

Clint Eastwood has directed the shortly-to-be-released film “Jersey Boys.” He is currently reported to be working on a film version of “American Sniper,” the story of the late U.S. Navy Seal Chris Kyle. (And no, I have not been paid by his rep or anyone else for writing this piece.)