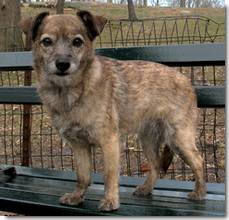 Some say fifty thousand. Some say twice that number. No one questions that there are tens of thousands of owner-less dogs in an American city that once had a population of 1.8 million people and now has perhaps 700,000 human inhabitants remaining. Dogs left behind by their owners breed with others and roam the city in packs and singly, traveling empty streets and using abandoned houses as dens.

I’m sure I’m not the only one who saw this story and thought of these lines from William Blake, from his “Proverbs”:

The ruin of Detroit is a reality. Whether it be a harbinger of much more of the same … well, keep an eye on your pooch. Please.